This past weekend the time had come to go see Avatar. Or so I thought. With movie that has been out over a month, I figured arriving not too far before the movie started would be sufficient. But no. Avatar was sold out for the next showing and so was the 3D version. I would have to wait three hours for either version.

I don’t have a need to see Avatar so badly that I’ll wait three hours just to see it so at the moment, I’m still one of those that have not seen Avatar.

It was quite an interesting experience either way though. I didn’t get to see one of the best movies of the year but at the same time I witnessed an phenomenon I have not seen before, at least not since Titanic.

I remember with Titanic, I had many friends that went to see it not just one but two and three times. There was so much hype around that movie and it paid off in a great way. Avatar I haven’t heard much about from friends but looking at how much money it is making and how popular it still is a month later, Avatar has become a cinematic phenomenon, just like Titanic. 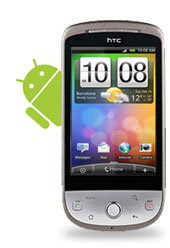 Android 2.1 Available In Alaska Next Week