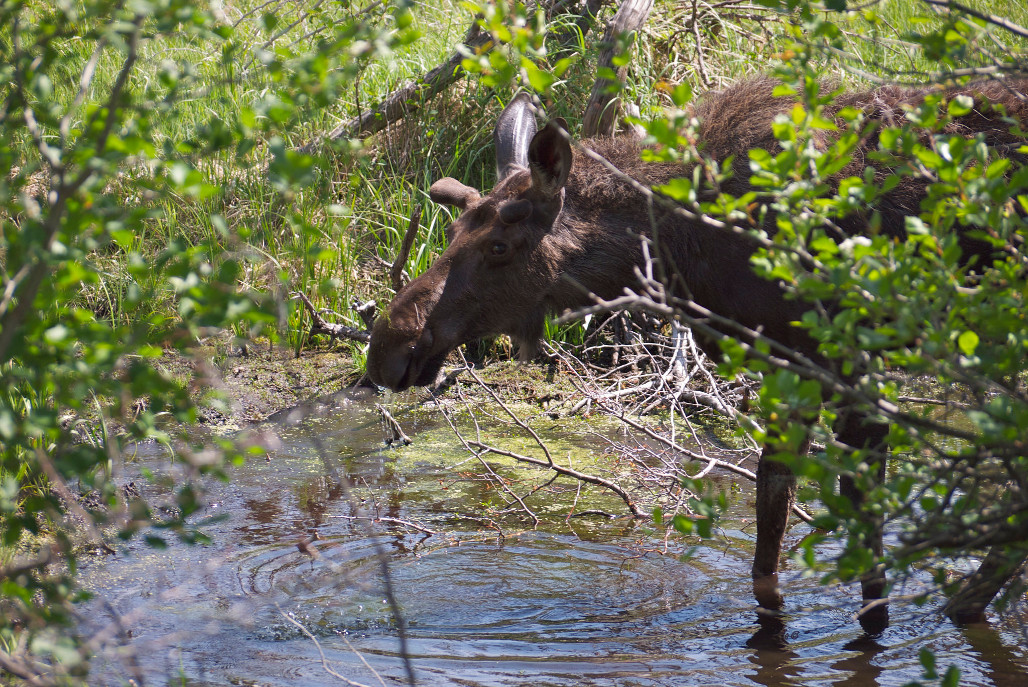 With summer fast approaching, the weather has been perfect for spending time outside, whether it be lounging in the sun or going out on a hike. Usually, doing a hike first tends to lead to a lot of sitting around afterwards while sitting down to enjoy the sun first rarely leads to a hike up a mountain.

Recently, we decided to take an early morning hike up a popular local hiking trail that ends at the top of a low mountain top. I won’t go into the details of our trek to the top except to say that the scenery was beautiful and the kids did great. Once at the top, we enjoyed the fantastic 360 degree panorama view while eating a few small snacks we had brought along.

As we were getting ready to start our trek back to the car, a dark brown figure showed up about fifty yards away, right in front of us. It was a moose. It stood there, watching us for a few moments before it started approaching us. It stopped again, watching us as intently. Understandably, the initial pleasant surprise at seeing wildlife had disappeared at this point, replaced with concern about what this animal was really up to. My attention was focused only on the moose, where it was, where it was going and what it was doing in relation to us and our kids. My mind was running through options of appropriate actions to take should it decide to come closer.

Moments later, it dashed off to our left, in the general direction of our path down from the mountain. Although it was a relief to see it go, we wanted to avoid an encounter on the trek down the mountain so we decided to wait a little longer.

Several minutes later, it reappeared, now closer than before. It stared right at us. Saliva hung from the corners of its mouth.  Although it was showing no signs of aggression, it was clearly not afraid of us and seemed very curious, just not in a good way. My heart was racing at this point and my chest felt tense.  My mind was once again assessing options. At this point, our kids were also clearly concerned and we decided it was best to get out of there as soon as possible while keeping a careful watch on the trail to the top.

About a quarter of the way down the mountain, we suddenly heard the sound of branches breaking. Something was moving quickly through the bushes above us on the mountain side, clearly on a mission. We stopped and waited, quietly. Then, there it was. The same moose from before, running horizontally through the bushes not far above where we had stopped. Suddenly it stopped, staring right at something further up the trail. At this point, we quietly started moving down the stairs again, trying to put as much distance between ourselves and the animal.

As we reached our car after having alerted numerous other hikers on the trail, I couldn’t help but reflect on what had just happened. The encounter with the moose was different than anything I have experienced in a while. As strangely as it may sound, as I was contemplating this encounter throughout the next few hours, I couldn’t help but tie it to writing.

Writers try to tell a good story. “Show, don’t tell” is the paradigm often quoted by writers of fiction in particular. Showing how a person feels through their emotional and physical responses is better than just telling the reader that “Bob was afraid.” I mean, after all, what does being afraid really mean? Butterflies in your stomach? Tightness in your chest? Adrenaline rush?

It also reminded me of another saying I’ve seen mentioned from time to time – the idea that writers do their best writing when they write about what they know. I’ve always looked at that statement to mean that our best fiction comes out of the things we know and understand. For example, I like science and space so I tend to be drawn to science fiction both as a reader and a writer. This interest may give me an upper hand over someone interested in botany, for example, in the realm of science fiction but does it really mean I could writer a better sci-fi story than a botanist?

As I thought about this concept of “writing what we know” and poked around online to see how others saw it, I came to realize that writing what we know isn’t necessarily related to our ability to do something or our knowledge of a subject. Sure, it can play a part but after all, how many us writers are actually space pilots, assassins or vampires? I haven’t met one yet. No, a big part of this concept, at least for me, has to be emotional, based on our experience. It’s the emotions we feel as we encounter various situations, experiences that can translate to space, romance and dungeons full of vampires. The moose brought up a lot of emotions and responses that are not unique to that particular situation but they are emotions that I know would be very similar in other circumstances.

What the moose encounter showed me then is as follows: observing the emotional situations I find myself in are infinitely more important than all the things I can read about worm holes and parallel universes. Books will always be there and so will Wikipedia and Science magazine. Worm holes may only be useful in my scifi stories but my encounter with fear and the adrenaline rush that tags along can be applicable to all my stories…and as human emotions, they are recognizable by others without the need to explain the various scientific theories inside and out.

So, now on to you: what encounters have you had that have helped you as a writer? 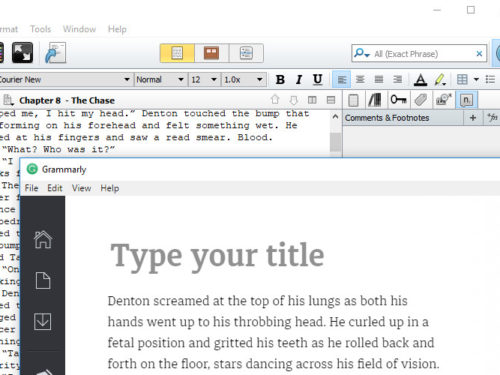 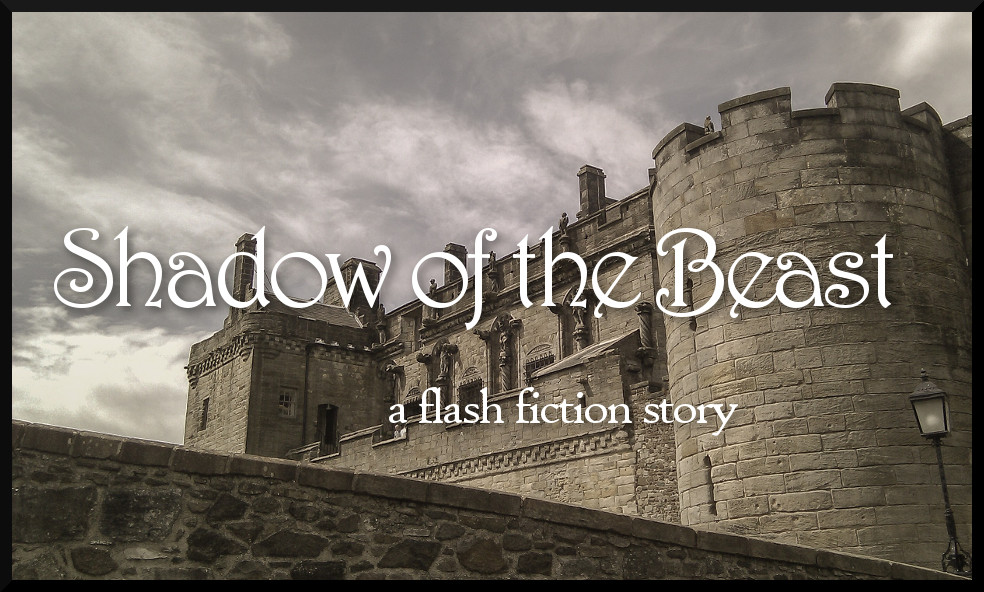 Shadow of the Beast – Flash Fiction