Summer is finally here and with it, a packed updated to the Online Writing Log. Although not everything is visible or available within the app itself yet, it’ll be soon! Since the last update, I’ve been pretty busy with new features, updates and fixes. Here’s a brief list of what’s new.

Last month, I mentioned that my focus would be on improving the user experience, in particular around user tutorials and such. I’ve spent quite a bit of time working on this, but I’ve also slowly been working on other smaller features, partly it associated with cleaning up the user interface, partly to improve existing functionality. I’ve also been working on other more behind the scenes updates. In other words, it’s been a very busy few weeks.

Let’s begin with the changes that are actually visible to you, the user.

This is a completely new part of the sign-up process. Up to this point, signing up for an account on OWL involved entering your username and email address, only to have to go dig through your profile to update your profile picture etc. 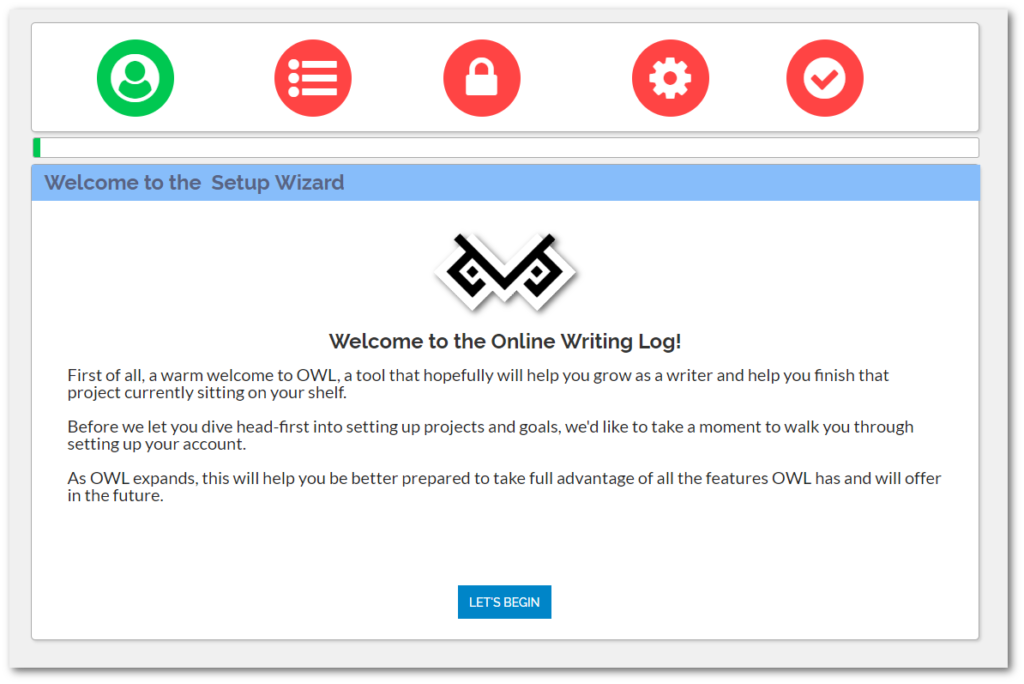 The Setup Wizard will walk you through all of that on your first login, as well as selecting which subscription plan you’d like to use (more on that later), privacy options and notifications within the app, as well as setting some of the default settings that will come in handy as part of using the app.

Setting this all up took the most time these past few weeks but I’m happy with the end result.

So, what are these subscription plans? Basically, three tiers. One that’s free, two others at various monthly pricing (still not set in stone). The idea here is that you can use OWL for free but what you can do will be limited. For example, you won’t be able to have unlimited projects etc.

Subscription plans are not yet implemented and won’t be until this current beta phase is done currently set for the end of July. However, going through the initial setup will give you an idea of what they will be.

Beta users that have been with the app since the beginning will get some special perks, just for taking the time and giving OWL a shot.

One suggestion I received not too long ago was the need for a “pause” button as part of the timers. After all, every now and then we may be interrupted in our writing, whether it be kids, animals, spouses or other events beyond our control. In fact, I found myself often wishing I already implemented the feature.

This release brings a new Activity Timer with a new user interface. It’s a bit more polished than the existing one, plus it has a start, pause, stop and reset buttons. A new countdown timer using the same styling will be made available in the next week or so. 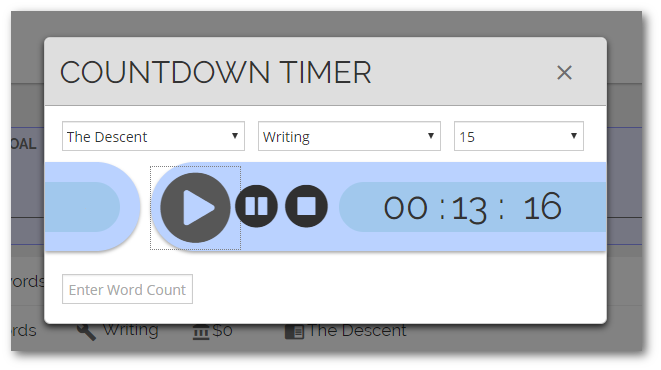 With some of the new settings added in the initial setup wizard, I’ve also added most of the corresponding settings on the profile page.

Like I mentioned at the beginning of this update, there’s been quite a bit of other work done as well that’s not visible to you, the user yet. Here’s a few of those items:

One of the things I knew from the beginning I wanted to be part of the app were challenges. I myself participate in monthly writing challenges on a monthly basis. It’s a great way to continue writing on a daily basis, as well as keeping yourself accountable to others that are part of the challenge. Really, see challenges as group goals that you take on together.

The Challenges framework within OWL has existed for about six months. It’s just been one of those things that have been lower down on the priority list than other things. Although it’s not ready for prime time yet, I have been working on it a little bit here and there to get it to that point. Most of the work so far has centered around the setup of a new challenge, with all the configurations a Challenge Master need to pick (like names, details about the challenge, a challenge image etc.)

Anyway, I’ll continue to work on this the next few weeks.

Badges is probably the one item I really want to get implemented as soon as possible, simply because it’s kind of part of the mission statement of OWL, to celebrate your progress as a writer. What I’ve found over the last week after a couple of different attempts is that of all the features that are part of OWL, this is likely the most complex one, and the one that will need the most preparation. I’ve spent part of a week going in one direction only to find that wouldn’t quite work long term so I’ve taken a few steps back in order to properly outline what B&A’s should be, what they should be for and so on.

So, they’re not quite here yet but work is progressing!

Part of B&A’s, leaderboards have actually been running in the background for a while. Probably six months at least. The data just isn’t public, simply because it wasn’t working very well. In conjunction with the work on B&A’s I’ve actually pulled this feature back a bit to re-examine how it works, which was the point of having it up and running in the background in the first place.

A side effect of this, for the time being, is that some of the processes on the Activity Log page should run faster now.

And I think that pretty much sums it up. As you can see, it’s been a pretty busy month.

In the next few weeks, I’ll be focusing on continuing the same items I discussed last week: the user experience. This will involve some basic tutorials for those that are brand new to the site. I’ll also be moving Challenges and other incomplete features forward but primarily, besides the tutorials, I’ll be working on implementing a new countdown timer in the same style as the new timer added in this release. Look for that in the next week or so.

So, with that in mind, here’s what’s currently on the to-do list, including some of the items from the last newsletter that have yet to be started or completed:

And that’s about it, folks! Until next time, happy writing and as always, don’t hesitate to drop me a line if you have any thoughts or comments about OWL. It is, after all, a tool made for you, the writer.

To try it out, go to https://www.onlinewritinglog.com and sign up for free. 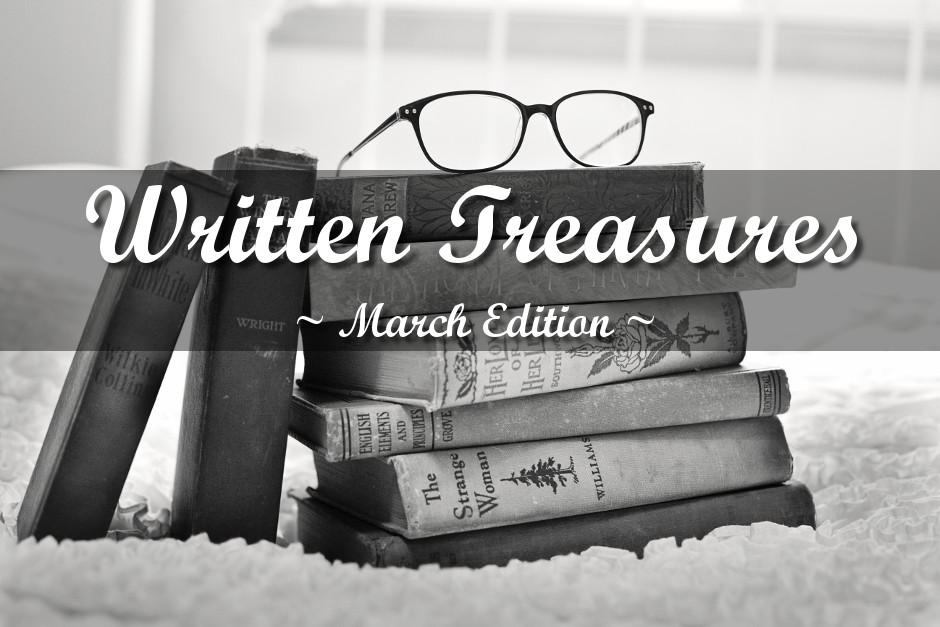 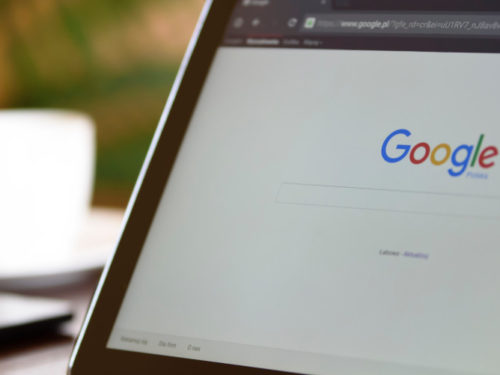 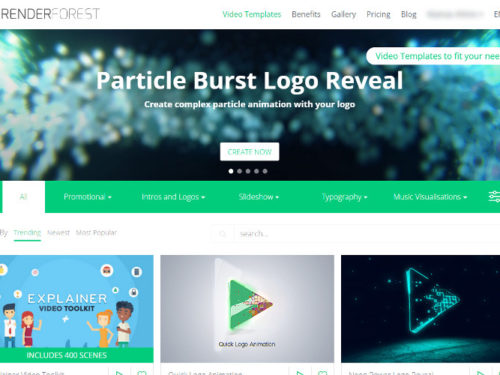