I have always been a fan of the Stargate series. I liked the movie and I’ve seen an episode of SG-1 here and there. When Stargate Atlantis came along, I watched every single episode, from the beginning to the end. The cancellation announcement was sudden and sad. However, a glimmer of hope that the Stargate saga would continue remained. Stargate Universe was announced as SG-1 and Atlantis were winding down.

It was clear from the very beginning that SG:U would be different than before. Centering around a mysterious ship which would leave its passengers stranded, it seemed destined to break new ground.
Finally, a month ago SG:U premiered and five episodes later (the premiere was two, I hear), I’m glad to report that SG:U is a great show.
Let’s talk a little bit about background. SG:U begins with an accident on a distant planet where a Stargate with 9 chevrons exists. It’s the only one around and the brilliant minds working on in theorize that a 9 chevron gate address found on Atlantis can be dialed through this gate. However, their attempts dial fails.
After recruiting a bit of outside help from a gamer whiz, they find the solution and together with an unexpected alien attack on the planet, they end up being able to dial the address. Since a that point, their only options are to either go through the gate or die when the planet they are on explodes, the whole base population that is alive runs through the gate.
The gate leads to a ship called Destiny. Sent out by the ancients a long time ago, it’s on autopilot, flying through space towards a destination that is unknown.
As they arrive with limited supplies and a bunch of people, they are immediately faced with a dilemma: the life support system on the ship is busted. How do you fix something you don’t have the parts for?
The following episodes continue along the same theme. Problems arise, in some cases due to their lack of understanding in regards to how the ship works, other times because they think they know how something works only to be shown that they don’t. As you may imagine, this causes a lot of interesting problems.
As expected, the crew is completely new and with new characters, there are new interpersonal dramas. I’ve also noticed that SG:U goes into the romantic aspects much more directly than say S:A did. In some cases, this distracts a bit and feels a bit rushed, almost as if it’s added on just for the sake of having a steamy sex scene in the episode. There is some romantic tension between characters that may develop later so there’s plenty to see still.
I’m not going to go into detail in about the episodes at this point but for me, being a Stargate fan, I like it. As the show goes on, I may post reviews of individual episodes. For now, I’m looking forward to the next episode this coming Friday on SyFy. 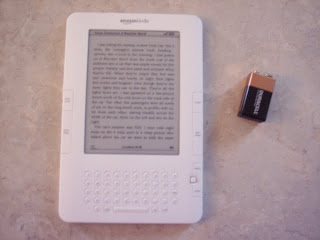 One thought on “Stargate Universe – A New Chapter”