Robert Langdon, famous from the adventures of “The DaVinci Code” and “Angels & Demons” one night finds himself on the way to Washington D.C., summoned by his close friend and mentor for a favor. He arrives in D.C. only to find that his friend had actually been kidnapped and that he must solve a mystery to grant the release of his friend.

That’s how “The Lost Symbol”, the latest novel by Dan Brown, begins. Once again, Robert Langdon is faced with a mystery that must be solved and if he doesn’t solve it, his friend and mentor will die. He must use his knowledge in symbols to follow the clues and find the answer that the kidnapper is looking for and he only has a few hours to do it.

In short, it’s a plot set up to be fast paced, intense and full of action. It involves plenty of references to the Freemasons, their rituals and other related mysteries. “Neotic science” plays a prominent role, closely tied to the mystery Robert must solve and for the first part of the book turns into a bit of a parallel sub-plot involving the sister of Robert’s kidnapped friend. Add a little bit of mysticism, new age and general history about the USA and you have a very interesting mix that makes for an interesting read.

Unfortunately, it’s not as riveting as Brown’s previous books. His writing style hasn’t changed and frankly started to annoy me in TLS. As before, he reveals vital information to his main characters but the reader only finds out later what this information is. The chapters are short and very often ends with mini-cliffhangers. Now and then, he dumps a lot of information, whether it be background information or an involved dialogue about mystical concepts. Very often, it slows down the pace of the story and although useful information, it seems that at times it just feels inserted in the wrong places. In short, his writing style still makes it a page turner but not because of the plot being as interesting as before but because he writes the novel in such a way that to find out what is happening, you have to turn the page.

All the mysteries and puzzles in this book are just not as fascinating as in the previous books either. Although the Masons has a lot rituals and mysterious aspects of it, they just don’t seem as intriguing as Opus Dei in the previous books. The New Age aspects and the mysticism that Brown introduces as plot elements just aren’t convincing enough. I have no doubt that plenty of people in the religious community will be unhappy with Brown’s portrayal of God and religion in this book. Although Christianity isn’t really the focus of this book, Brown takes up plenty of space with philosophical arguments about man being god and God as we know him not really being real, that all religions really worship the same deity in one way or another, just with another name. In fact, the last 20% of the book is very much focused on this. While reading, I noticed that by the time I was about 80% through the book, the major aspects of the plot were done, yet the story kept going for many more pages. At first I figured that there would be one final twist to the story but in the end, the ending was very anticlimactic and left me disappointed.

Overall, “The Lost Symbol” was a page-turner that disappointed in the end. If you’re a Dan Brown fan, you’ll no doubt like it either way but you’re more likely to get a more riveting adventure out of a Lee Child or David Baldacci book than this one. 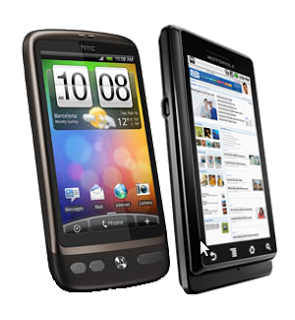